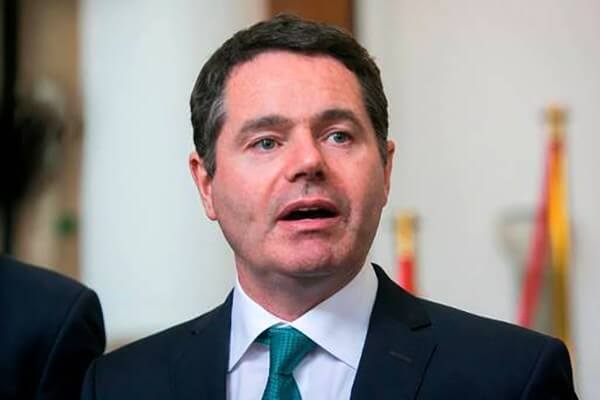 A pay commission has advised the government that public servants should make a higher pension contribution after revealing their benefits are worth up to 18 per cent more than private sector workers’.
The Public Service Pay Commission says those who benefit from “legacy” schemes and fast-track pensions, such as those available to gardai, politicians and judges, should make bigger contributions.
It recommends the increase in contributions replaces a pension levy imposed under emergency legislation, worth €720m a year, as it is phased out.

The commission found that the majority of public service pensions have a value between 12pc and 18pc above private sector norms.
However, it notes that fast accrual pensions where benefits accrue more quickly than for other public servants, are far more expensive.

The report says that the rates of contribution would be a matter for negotiation at talks due to begin shortly on a new public sector pay deal.
It also says that if there are to be pay rises agreed at the new talks, they must be contingent on reform and improvements in productivity.

The commission also says that a “critical factor” in any future pay agreement and unwinding the emergency legislation that cut pay will be the state’s ability to pay.
However, it says there is a basis for public service employers and unions to enter talks on a deal to extend the Lansdowne Road Agreement based on pay movements in the wider economy.

It says control of the public service pay bill is central to budgetary policy but it will be a matter for the parties to negotiate a timeframe that will provide for the orderly unwinding of FEMPI legislation.
It said the Government and unions should have regard to maintaining sustainable national finances and competitiveness, other Government spending priorities, public service reform, and equality considerations.

The commission’s findings will guide the Government at talks due to begin shortly.
Minister for Public Expenditure and Reform, Paschal Donohoe, welcomed the publication of the report and said its analysis will be a “key input” to talks.

He said the commission’s acknowledgement of the risks to the fiscal and economic environment in considering how best to unwind FEMPI legislation is welcome.
Mr Donohoe said the focus on the state’s ability to pay when considering future pay awards was also welcome.

He welcomed the commission’s detailed examination of public service pensions.
The Irish Congress of Trade Unions’ Public Services Committee called for early talks on “pay recovery”. A spokesperson said it anticipated the commission’s finding that public service pensions are on average more valuable than the average available in the private sector and that this should be addressed in the context of unwinding the pension levy.

The spokesperson said public servants currently pay over 20pc of their earnings above €28,750 towards their pensions, once you take account of pension contributions, PRSI and the pension levy.

He highlighted the commission’s conclusions that there is now nearly parity between average public service pay and private sector earnings. He said the commission found that average public service earnings are currently 8pc lower than in 2008.
“We welcome today’s publication of the report of the Public Service Pay Commission which, among other things, provides a good summary of the sacrifices public servants made in the years following the economic crash,” said a spokesperson.

“It’s now time to move swiftly into negotiations with a view to accelerating pay recovery for workers whose incomes are significantly lower than they were nine years ago.

“Our priorities in the talks will be to restore incomes as quickly as is sustainably possible, and to protect the value of retirement incomes.”